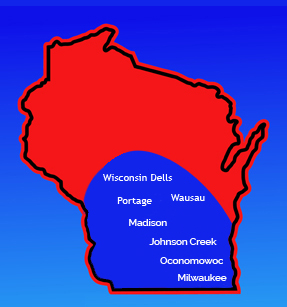 Businesses that rely on commercial refrigeration require fast repairs when equipment breaks down.

Boid, 43, has been in the commercial refrigeration business for 23 years. He originally began Just in Time Refrigeration in Phoenix and served businesses throughout Maricopa County, Arizona. He started the business with $500 in his pocket and one truck. After two years in business, he was able to hire additional technicians. In 2007, he had 14 trucks responding to repair calls.

“If anyone knows the importance of fast service, it’s a trained refrigeration professional who has worked in Phoenix in the middle of summer,” Boid said.

Prior to starting the business, Boid worked in construction. He decided that he wanted to have a career in a trade that was in high demand for good technicians, so he earned his degree from the Universal Technical Institute in Phoenix.

He sold the business in 2008 because of health reasons and the stress of running a heating, ventilation and air-conditioning (HVAC) business in the desert. Four years ago, Boid moved his wife, Jill, and their children back to Jill’s home state when they relocated to Friendship.

Just in Time has three technicians in the Adams area who work on both residential and commercial HVAC and refrigeration systems. In the Madison and Milwaukee markets, they provide service only for commercial refrigeration and HVAC clients.

The Boids moved to Madison last summer. The business serves customers throughout the state including several chain restaurants as well as local restaurants and other businesses.

“The Madison market is a lot different from Arizona as there are more independent owners here. In Arizona, it was mostly chain restaurant accounts.”

Boid knows restaurants don’t want to have to call for service in the middle of a Friday night fish fry, or when there is a packed tavern watching a Badger or Packer football game so he offers a preventative maintenance plan. Boid said that cleaning coils, replacing belts and changing air filters for the HVAC system is the maintenance that often gets forgotten

Just in Time has also been involved in remodeling projects at UW-Whitewater, the Memorial Union in Madison and has installed several walk-in refrigerators at Epic in Verona.

In 2010, Just In Time Refrigeration was awarded the Adams County Chamber of Commerce & Tourism Community Service Award, recognizing Just In Time’s efforts to take care of its commercial clientele based in Adams County, Wisconsin.